Did you know you can get into 6 secret bunkers filled with legendary chests, and you don't even need a red access card or any other complicated puzzle-solving? It's suprisingly easy; here's how.

All you need to do is know the location of the 6 secret bunkers, and the keypad code to type once you enter the bunker.

Luckily, /u/HUX3L on Reddit took the time to highlight each bunker location and its secret code.

Drop onto the location, go inside, enter the code on the keypad next to the yellow-bar locked door, and you'll be rewarded with legendary orange loot chests that will give you a huge head start in your Warzone match (plus some cool easter eggs!) 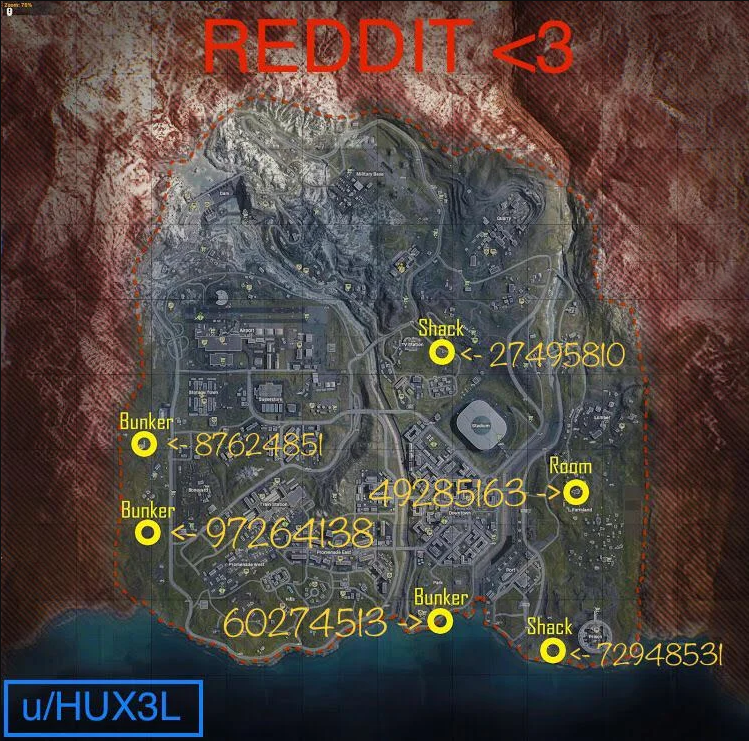 Enter these codes on the keypads the corresponding bunker:

Bunker tip: Make sure to close the bunker door behind you and have anyone who isn't using the keypad guarding the door!

Again thanks to /u/HUX3L for originally putting together this information on Reddit. Enjoy the loot!

Join us on the official SteelSeries Discord server for Warzone and more.