Marvel's Avengers is positively teeming with challenging bosses. Here's how you can dispatch Abomination quickly and get on with your business.

There are a wide variety of powerful enemies in Marvel's Avengers, many of which are culled straight from the comic books. Whether you're tasked with eliminating a bevy of robotic soldiers or grunts, the game can be challenging enough without having to worry about boss encounters as well.

One difficult fight you'll come across is a tussle with the supervillain Abomination. Squaring off against this big guy as Hulk is more challenging than it may seem. Though Hulk has plenty of power at his disposal and his size makes him more than a formidable enemy. If you're having trouble taking out Abomination, we've got everything you need to know about conquering this brute.

Here's how you can bring Abomination down kicking and screaming in Marvel's Avengers.

How to beat Abomination in Marvel's Avengers

Going up against Abomination as Hulk is an exhilarating experience, but it isn't always the easiest. The ghastly green enemy first goes after Kamala Khan, but Hulk jumps in front of her to keep her from harm. That's when the battle begins.

Hulk must rely on his wide spectrum of abilities if he wants to emerge from this fight victorious. The first part of the fight finds Hulk squaring off against Abomination in a room rife with generators that you'll need to lure this behemoth too. Abomination and Hulk have a similar showcase of moves, so this part of the battle is the easiest as you simply need to dodge the oncoming attacks from Abomination and avoid taking damage as much as possible. 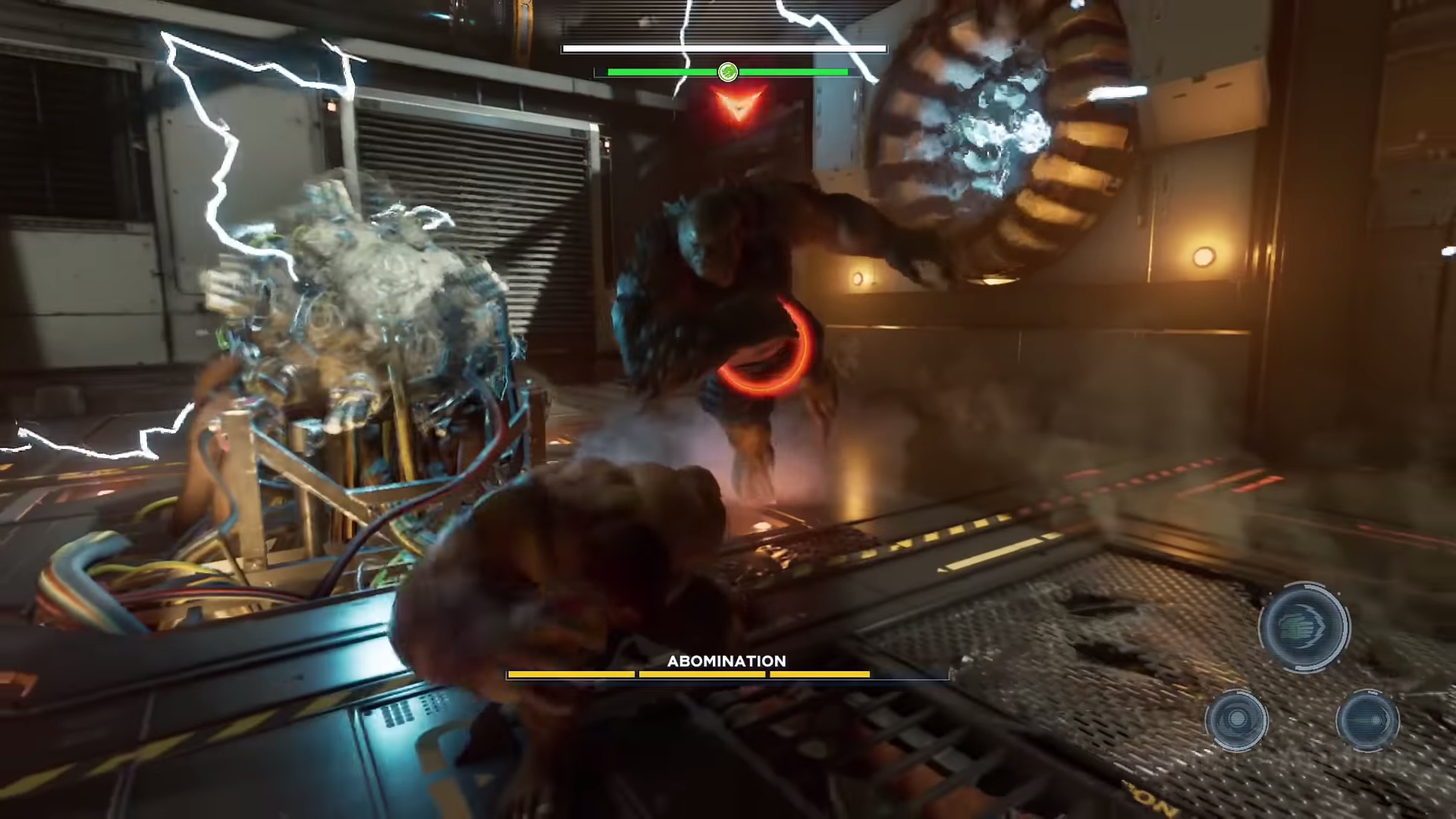 Don't underestimate Abomination, because he's capable of completely decimating Hulk with a few hits if you don't pay attention. Keep an eye out for a red marker over Abomination's head. If you see it, attack, then counterattack while leading Abomination to the generators. Attack them to get the to explode, and they'll deal damage to Hulk.

How to beat Abomination's second phase

After you've done enough damage to Abomination, the second phase of the boss fight will begin in a new room. He'll change up the way he attacks Hulk and start using a poisonous gas as a new part of his arsenal. Be sure to avoid it when it's released, as it will continually take down your health little by little. 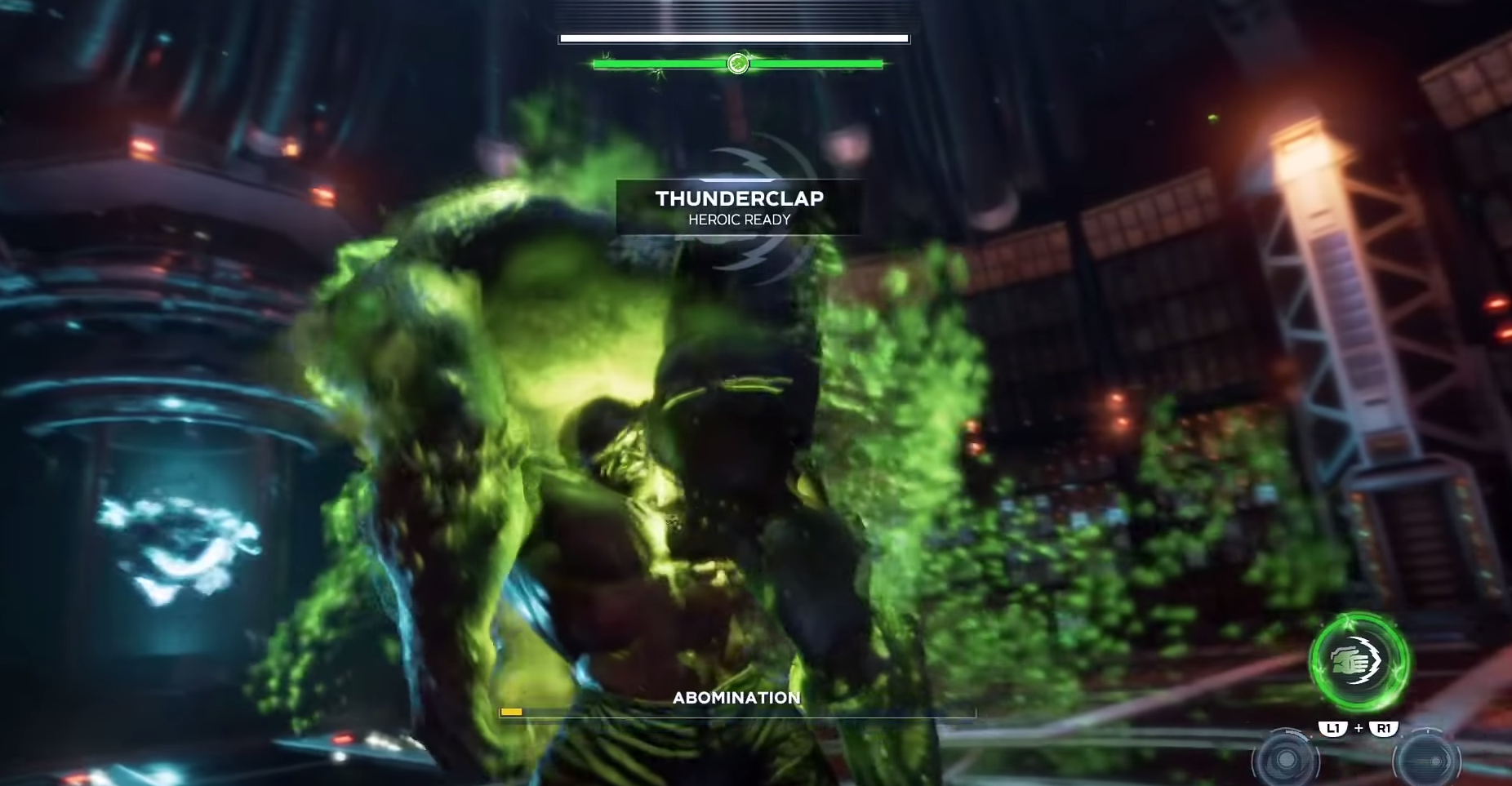 During this time, keep an eye out for Abomination's deadly leaps as well. If he happens to jump into the air, take that as a cue to roll out of the way, watching for another red marker as a warning. Rush in and counterattack. Be sure to keep dodging, as this could mean the difference between victory and failure. Continue with this strategy until, finally, Abomination falls.

That's it! You've beaten Abomination. Now it's time to celebrate – by fighting more bad guys in Marvel's Avengers. Your journey is far from over. If you happen to need more assistance, however, we've got you covered. Be sure to check back for more Avengers guides to help you save the world.

Want some help defeating other Marvel's Avengers enemies? Check out the SteelSeries Discord to enlist your fellow heroes for help.