Call of Duty Warzone Season 3 is a demanding play that'll have you on your toes. Here's how to stay on top of your opponents.

Call of Duty Warzone Season 3 is upon us, and that means putting all your effort into improving your game so you don't fall behind. The entirety of the battle royale revolves around you staying alive as long as possible, and that means you need to be at the top of your game. Not only that, but you've got to make sure you have the best possible load out to work with, as well as the weapons and equipment that make each round easier to secure a victory.

With the latest season in full swing and Season 4 right around the corner, we've put together a rundown of some tips and tricks you can keep in mind to improve your overall Warzone game to stay alive long enough and secure the victory that's rightfully yours.

Keep a handle on those reloads

When it comes to gunplay in Call of Duty Warzone or any other shooter, for that matter, you're going to want to let go of the idea that you need to reload every time you fire a shot. In Warzone, being caught unaware when you don't have the ability to defend yourself could mean the difference between sticking it out until the end and being taken out early on. Many of your weapons are capable of firing a few 50 to 60 rounds at least, so it's a safe bet that you've got a few more in the magazine after picking off a few enemies. Reload only when needed, not after every shot.

Avoid the temptation to run straight for the enclosing circle

In most Battle Royale games, it's usually a good idea to remain within the circle that's forever closing in. If you spend time without the circle, you could be harmed, lose health, and even be disqualified. In the case of Warzone, if you just run straight for the circle in a panic, you're going to be inviting trouble. Not only will you make yourself a ridiculously easy to hit target, but you'll also miss out on picking off others who are foolishly doing the same thing. Move around as much as possible and you'll find yourself living longer -- the goal, of course.

Here's the thing that so many players fail to remember when playing Warzone: the amount of kills aren't exactly the most important part of the game. What you need to do is focus on staying alive. Everything else is extraneous. You aren't engaged in a deathmatch, so there's no reason to kill off every enemy you see. What you can do instead is wait for the other players to eliminate one another first, and then you'll be in the clear while they fumble around trying to rack up kills. Hide, remain as stealthy as possible, and avoid entanglements as much as you can to work your way to the top.

It can be tempting to just land wherever you fancy when surveying the Warzone map at the beginning of a match. Instead, look around for where others are tending to land, and alter your trajectory accordingly. Look for the gas circle and try to aim somewhere near it, but far enough away that you won't be competing with others to get away from it. There's no reason to look for a crowded area and try to cut your way through with a hale of gunfire. Stay away and stay safe and you'll find that you're alive much longer.

Use the ping system

There's a ping system in Warzone for a reason, so start trying to familiarize yourself with it. You can show your squadmates a variety of information, such as the targets you mean to take down, where you're aiming, and where enemies can be found. If you share information with your squad in squad play, you'll find that all of you will be in a much better position than you would be if you kept all your valuable intel to yourself.

Now, get out there and survive! You've got a whole new season of Warzone to look forward to . 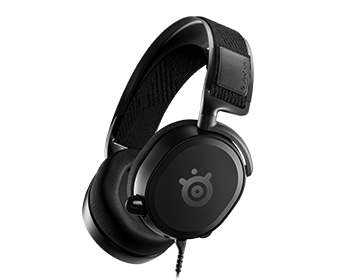