Here's how you can add Ganon to your character roster in the newest Hyrule Warriors adventure.

Hyrule Warriors: Age of Calamity lets you take on some of the most dangerous beasts around the land of Hyrule as your favorite Zelda characters.

This prequel to The Legend of Zelda: Breath of the Wild is an exciting example of the "musou" genre, which pits hero characters against waves and waves of monsters that need to be cut down.

With that said, there are tons of different characters you can use in this new Hyrule Warriors title, with secret characters to unlock after you complete the game or by way of additional challenges. One such character is Calamity Ganon.

Here's how you can unlock Calamity Ganon in Hyrule Warriors: Age of Calamity.

WARNING: SPOILERS FOR HYRULE WARRIORS: AGE OF CALAMITY'S NARRATIVE AHEAD!

How to unlock Calamity Ganon in Hyrule Warriors: Age of Calamity 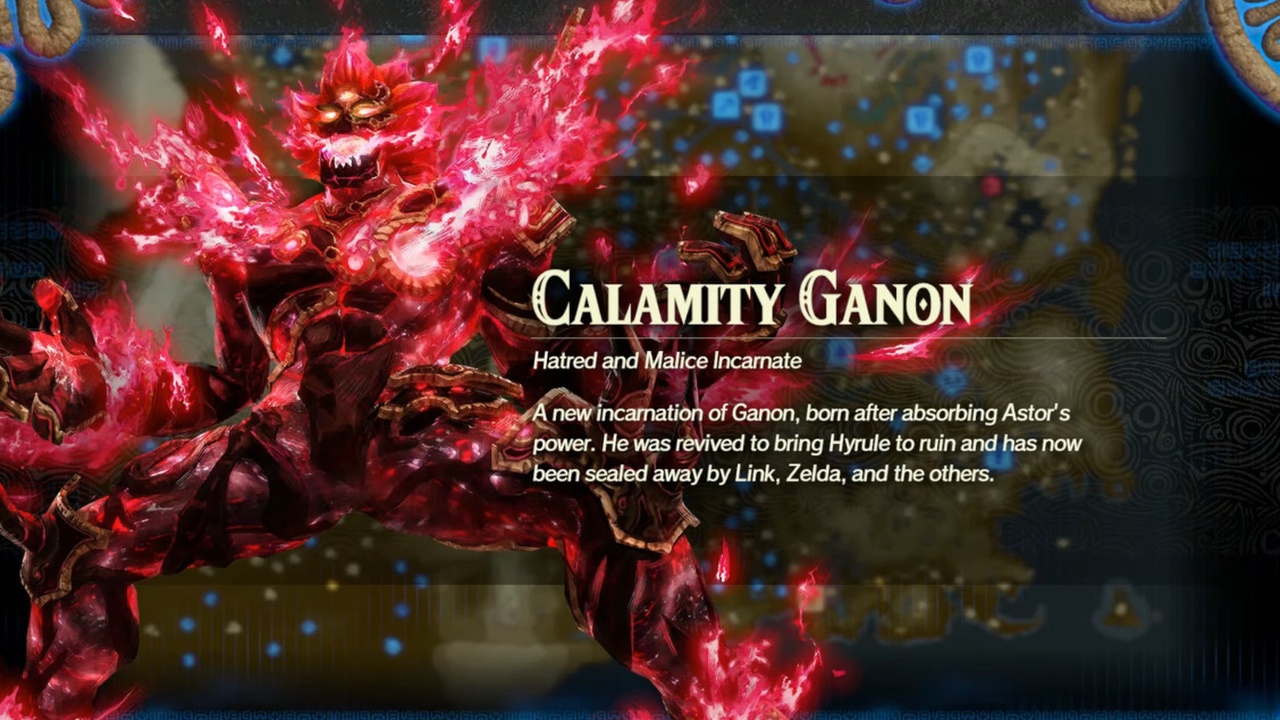 Like many unlocks in Hyrule Warriors: Age of Calamity, you need to go ahead and finish the game's main story mode first. Once you've done so, make sure you finish the mission "Terrako's Return" to unlock Terrako as a playable character. To complete this mission, you'll need to collect 50 Terrako Components, which can be a bit of a feat. If you're really serious about unlocking Calamity Ganon, this is something you'll have to commit to, however, even though it might be a little inconvenient. You'll then need to start leveling up to 74.

Once you've hit level 74, you'll unlock the challenge "Versus Calamity Ganon." You can find it located near the eastern section of the map. It's going to be something of a doozy, but it's required to complete if you want to unlock Calamity Ganon as a playable character. 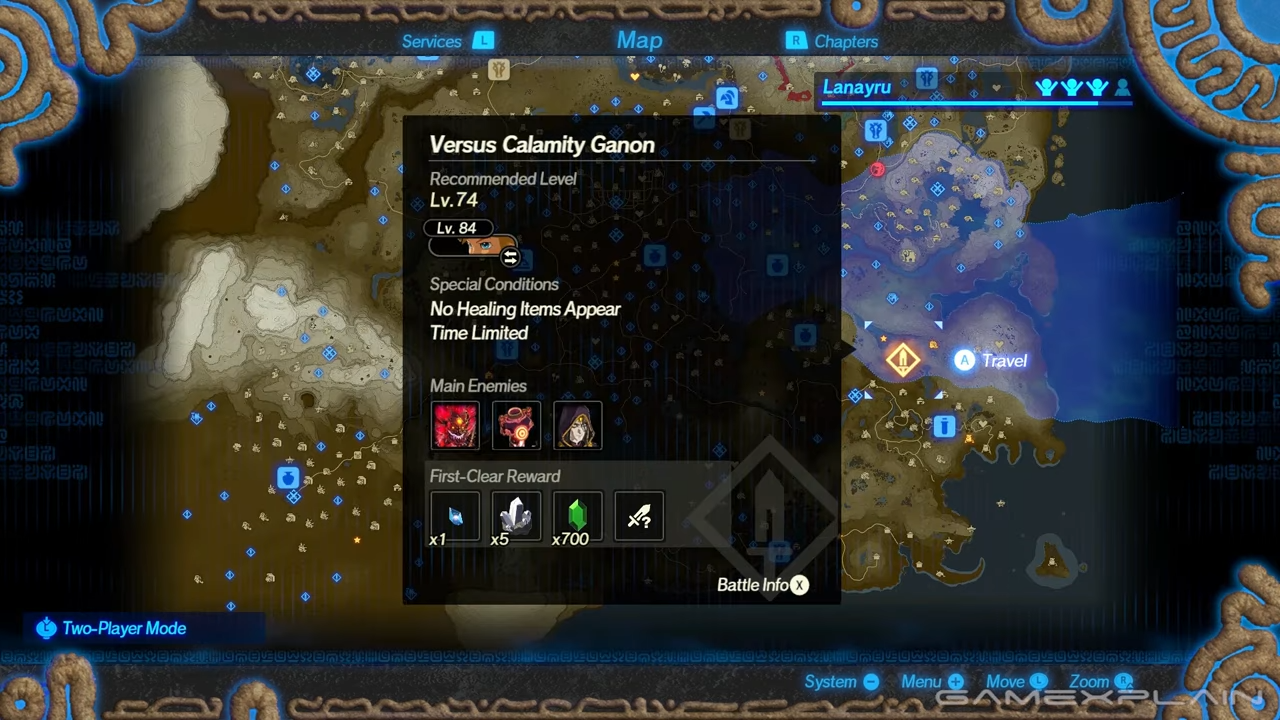 You'll have to fight off three extremely tough enemies if you want to prevail within 12 minutes. These include Astor, Harbinger Ganon, and Calamity Ganon himself. You won't be able to heal yourself with items, and there will be other enemies that spawn as well. It's going to be a tough fight, so you may want to get some practice in before trying to tackle it.

Once you've completed the level, however, you'll be rewarded with a playable Calamity Ganon. It's a challenge that's well worth the reward in the end, because you'll be absolutely wrecking fools with the Big Bad of the Zelda continuity. He's the final character to unlock in the game, too, so you can effectively consider Hyrule Warriors: Age of Calamity completed once you've done this.

When you have Calamity Ganon, you'll notice that his toolkit is largely focused on spreading Malice in battles, then unleashing an attack that lets him transform into a massive form, then deliver devastating damage with a beam shot out from his mouth. It might be a little more difficult to master his moves, since it's based on a different playstyle than many of the other characters. However, when you unlock Calamity Ganon, you'll get a chance to try him out in a special training arena before heading into battle.

With all that said and done, you've accomplished a pretty major feat, so feel free to pat yourself on the back. You're good to go now -- just wield all that new power responsibly.

Read our guide on all unlocking all playable characters in Hyrule Warriors: Age of Calamity!

Be sure to check out our gaming gift guides!

Ready to chat about the Hyrule Warriors: Age of Calamity story? Head to our official SteelSeries Discord channel for some heated discussion.

The Arctis 1 Wireless for Switch is an all-platform gaming headset that doubles as your on-the-go headphones, so you can enjoy the award-winning wireless performance of Arctis anywhere.

Arctis 3 Bluetooth® is the perfect headset for everywhere you game. Take calls, join VoIP chat, and stream music wirelessly over Bluetooth while hearing game audio through the 3.5mm wired ...